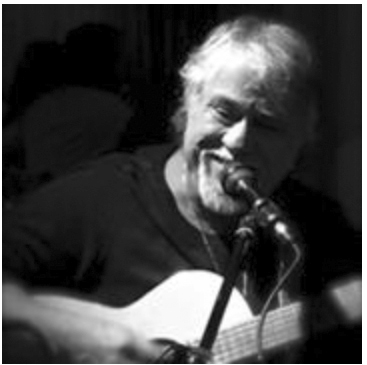 Bobby Mason was born in Arizona and lived in Kansas until the age of 11 when his family moved to Southern California. He knew as a child that music would be his calling. He began playing the ukulele at age three and soon moved on to the guitar, writing and singing. He had a well-established professional career in Southern California when he arrived in Aspen in 1969 for a two-week gig. Quickly seduced by the beautiful mountains, budding music scene, and the people who would become his family, Bobby knew he was home.

As he settled into Aspen, Bobby continued to tour the country, playing with John Denver, the Eagles, Jimmy Buffet, Nitty Gritty Dirt Band, Kenny Loggins, and countless others.

Bobby’s twin passions are his deep love for music and people. He has never missed an opportunity to perform a benefit for a sick friend or stranger, celebrate a marriage, or help mourn the passing of a loved one at a funeral.

Bobby is especially proud of the 27 years of sobriety he has maintained and his impact on the recovery community is profound. He has guided numbers of friends through the 12 Steps and continues to support anyone in need.

Bobby Mason is a big presence with an equally large voice and heart. His incredible musical talent is matched by his sweet and humble nature, as evidenced by the 48-year legacy he has created in Aspen.