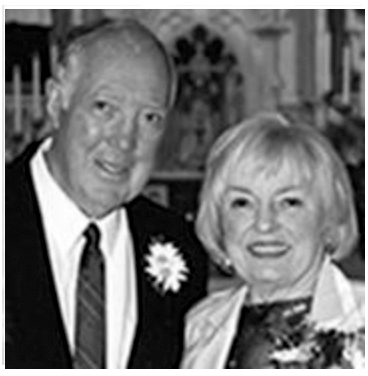 John grew up in Boston and New York City and enlisted in the Army near the end of World War II as a member of the 82nd Airborne. He also boxed during that time, fighting in the Golden Gloves and winning the title of Amateur Light Heavyweight Champion for New York City in the early 1950s. After graduating from NYU, John set off on a lifetime of adventure, crewing a boat sailing to Puerto Rico, hopping railcars on his way out West, and motorcycling throughout Mexico.

Cynthia was born in Beloit, Wisconsin, and grew up on her family’s dairy farm. Her love of art led her to study at points near and far, including Beloit College, the Art Institute of Chicago (where she also later taught), the University of Hawaii and in Mexico City.

Cynthia met John in 1959 on a ski trip in Sun Valley. After marrying and starting a family in Los Angeles, they decided a life in the mountains – Aspen specifically – was the place for them.

After a stint managing “The Center” at the base of Little Nell, John spent many years working at Buttermilk as a ski instructor, patroller and on the trail crew, cutting Racer’s Edge, Javelin and several other trails. One of the first Aspen ski instructors fluent in Spanish, he encouraged the Ski Corp to promote skiing in Mexico. To this day, he can still be found chatting in Spanish with his many Latino friends in the valley.

An early member of Mountain Rescue, he was involved with that group for over 25 years and hundreds of rescues. He also helped Alfred Braun construct two of the first Braun Huts. John also volunteered for many years at the Aspen Valley Hospital as a greeter and friendly face.

A lifelong runner and bike tourer, John helped found the Aspen Half-Marathon, now known as the Golden Leaf Marathon, and twice pedaled his bike through Baja. He was a founding member of the Aspen Savings & Loan and served on the board of the Aspen Ski Club. John continued to ride his motorcycle well into his 80s to distant points throughout Mexico, the US and Canada.

Cynthia was also always active in the community, volunteering for many years with the Aspen School District’s Accountability Committee, the Thrift Shop, Historical Society, Ski Club, St. Mary’s Church, and Pitkin County 4-H, and numerous other organizations. First and foremost, however, Cynthia was a mother, not only to her own children but also to numerous exchange students, their families and visiting ski teams.

Cynthia was one of the leaders of the Roaring Fork Kennel Club and instrumental in bringing one of the largest and most popular dog shows in Colorado to Aspen. After her children were grown, Cynthia returned to art. President of the Western Slope Watercolor Society for several years, her artwork has been shown and won awards in numerous art shows.