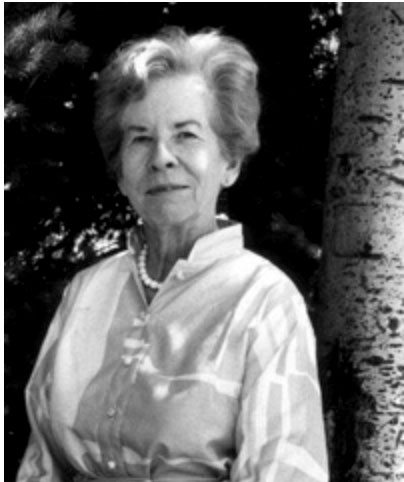 In 1959, an adventurous and energetic Eve Homeyer, a Nebraska-born Mount Holyoke graduate with an astronomy degree, moved to Aspen. First a ski bum at Aspen Highlands, she later owned and ran the House of Ireland, a charming import store specializing in fabrics and sweaters. Distressed by development that provided for no open space, Eve ran for mayor in 1969.

Eve was the first woman to be elected mayor of Aspen, serving two terms from 1970 to 1973. Under Eve’s leadership, among other accomplishments, the city passed the 6th- and 7th-penny sales taxes, purchased the golf course property, Jenny Adair Sawmill Park, and raised $88,000 in 10 days to buy Rubey Park.

Eve promised, if elected, to never buy nor drive a car—a promise she faithfully has kept. For 35 years, the stately strawberry blonde has been a familiar figure, walking and riding the bus. She served on the RFTA board from 1983-1998.