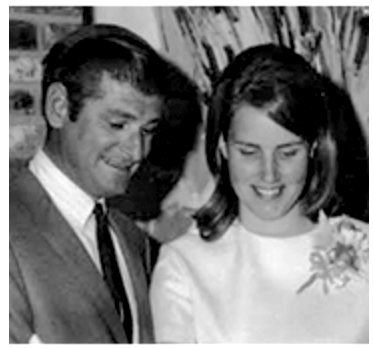 Charles Paterson was born Karl Schanzer in Vienna, Austria. After Hitler’s 1938 annexation of Austria, Charles’ family fled to Czechoslovakia. After Hitler invaded Prague, Charlie and his sister were forced to escape again, through France to Brisbane, Australia, where they were adopted by the Paterson family. After WWII, the children rejoined their father in NYC where Charlie finished high school and began engineering studies at CCNY.

While in New York, Charlie’s early ski memories from the Alps called him back to the slopes. He headed to Aspen in 1949 where he fell in love with the town and its residents and decided to stay. He soon built an 8’ x 16’ cabin, the beginnings of the Boomerang Lodge. In the 1950s, Charlie served two years in the US Army’s Mountain & Cold Weather Training and added three hotel lodge units to his log cabin.

In 1958 Frank Lloyd Wright accepted Charlie as an apprentice at Taliesin East in Wisconsin, whereupon Charlie returned to Aspen from Wisconsin the next three winters to run the lodge and teach skiing.  He continues as a board member of Taliesin Fellows and an underwriter of the Taliesin School of Architecture revitalization effort.

Fonda Dehne was born in Mason City, Iowa to an itinerant minister and a teacher. Fonda’s social activism began in high school with a citizen’s challenge to unenforced state liquor laws and two years service as a Page in the Iowa legislature. A year after graduating from the University of Iowa, Fonda married Charlie in 1969 and joined him in Aspen, where they raised their two daughters.

Charlie designed and remodeled a handful of houses in the Aspen area but running the Boomerang kept him from pursuing more of a career in architecture.  Following his retirement, Charlie co-authored his memoir with his daughter Carrie “ESCAPE HOME, Rebuilding a Life After the Anschluss.”

Charlie served on the boards of the Aspen Chamber and Visitor’s Bureau, the Aspen Music Festival & School and the Rocky Mountain Ski Instructors Association. In 2011, the City of Aspen named him Volunteer of the Year in recognition of his 40 years serving on the Board of Adjustment – the longest serving citizen volunteer in Aspen history! He has also been recognized by the Historic Preservation Commission for his contributions to Aspen architecture.

Fonda has also left her mark on the Aspen community, volunteering at the Aspen Thrift Shop, and serving in leadership positions with the Aspen Music Festival & School, the Aspen Valley Medical Foundation, the Aspen Country Day School, and Aspen Community Church, where she spearheaded the remodeling of the Aspen and Snowmass parsonages, as well as the church’s exterior restoration.

Fonda also advocated for the creation of Triangle Park, worked on a ballot initiative to support the acquisition of open space and trails, worked to protect the Midland Trail right of way, and served on the  Board of Trustees for Aspen Center for Environmental Studies.