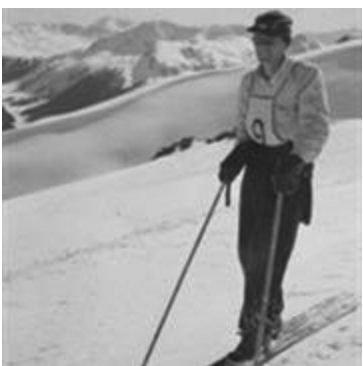 Frank Willoughby came to Aspen in 1921 at the age of 11 with his family when his father, Fred D. Willoughby, a major investor in the Midnight Mine, was tasked with running the company. After graduating from Aspen High School, Frank earned a degree in mining engineering from the Colorado School of Mines.

Frank assumed duties at the Midnight, including engineering work and supervising one of the daily shifts, both underground and at the mill. Frank also was elected as County Surveyor splitting his time between that work and the mine. Frank replaced his father, who died in 1943, as the head of the Midnight. In 1936, Frank’s father, who was mayor of Aspen at the time, tasked Frank and his older brother, Fred, with helping the Highland Bavarian group who came to Aspen at the advice of one of its members, Tom Flynn, to explore using the Little Annie Basin as a potential ski area. Flynn owned a claim there that was under lease by the Midnight. The Highland Bavarian hired Swiss avalanche and ski expert, Andre` Roch, to study the area and Frank bonded immediately with Roch.

The Highland Bavarian encouraged Roch to teach skiing to locals and organize a ski club. Roch worked with Frank and the Roaring Fork Winter Sports Club (now AVSC) was formed with Frank as the first president. Before Roch left Aspen, Frank asked him what the club should do and Roch suggested they develop a racing trail and beginners area on Aspen Mountain, then host races to introduce the skiing public to Aspen.

The Rocky Mountain Skiing Association presented Frank with its Halstead Award for major contributions to skiing, and he was posthumously inducted into the Aspen Hall of Fame in 1988 and the Colorado Ski Hall of Fame in 1994.