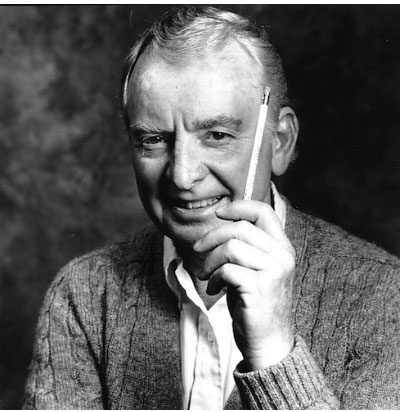 George Madsen discovered the magic of Aspen in the 1950s while working at General Electric. While working in sales and marketing at GE’s facility in Bloomington, Illinois, he lived in a big fraternity-like house with a bunch of guys who had lots of memorable times skiing. Madsen first learned of Aspen on one of these ski vacations in 1956.

Returning the next year, he was having lunch one day at the Skier’s Chalet and met a group of nurses, one of whom was Martha Wilson. They were soon engaged, and then married.

In 1958 the young couple moved to Aspen and purchased a lot at Fifth and Hopkins, then considered the “outskirts of town.” They built the Madsen Chalet, a modest building with four units where the couple also lived. George’s former wife Martha Madsen, still rents the units.

George married Connie in 1980 and the couple led more than 60 trips in the backcountry to the 10th Mountain and Braun ski huts, as well as Colorado Mountain Club hikes and Tour d’Aspen bike trips with groups of seniors.

Always an entrepreneur, Madsen started The Aspen Flyer newspaper, a one-man-show published three times a week. He was a writer and photographer, interviewed local dignitaries, did the layout, sold advertising and was in charge of distribution. Soon the paper was purchased by Bil Dunaway and absorbed into The Aspen Times.

Following the sale, Madsen worked at The Times and wrote a column from 1959 to 1972. He also hosted an interview talk show in 1964 on KSNO radio in Aspen.

Madsen was a charter member of the Aspen Rotary Club in 1971 and chairman of the “Fall Jeep Tour,” organizing it for more than 20 years. He volunteered for years with the Aspen Ski Club, serving as the starter of races—perhaps most notably The Roch Cup.

Madsen was hired by D.R.C. Brown as marketing director of the Aspen Skiing Co. During his tenure there from 1972 to 1980, he created the popular “Snow Host” program, managing a team of locals who helped improve the guest experience by assisting them with directions and carrying their equipment from the buses. That program continues today, known as the “Ski Ambassadors.” While at the Skiing Co. he served as chairman of the marketing committee of the National Ski Areas Association.

Urged by Tom Sardy, Madsen turned to politics, running for a seat on the Board of Pitkin County Commissioners. He served as commissioner for eight years from 1980 to 1988. Notable projects during that timespan included the two largest employee housing projects ever built in the city and county, construction of a new jail, construction of the senior center and assisted living facility, and expansion of the airport and terminal.

Today, he enjoys spending time with his children Cindy, Tim and Beth, Bill, and their families.