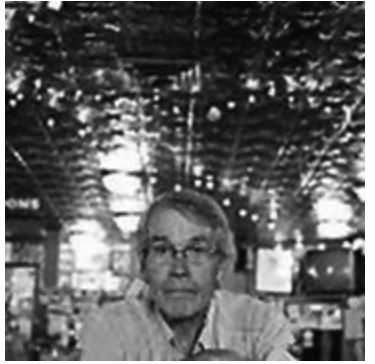 George Stranahan didn’t need to work a day in his life, being an heir to the Champion Spark Plug fortune.

But this plain-spoken millionaire with a rebel agenda rejected a life of leisure.

Instead, the colorful Stranahan became an unconventional businessman—a guy who jumps into a venture not so much to make a buck but to have a good time or to promote a social or political cause.

In his 75 years, he’s been an award-winning cattle rancher, a pioneering microbrewery owner, a successful restaurant proprietor, and the man who bankrolled a legendary outdoor magazine. That’s just a sampling.

“George could have just coasted and been a playboy. He’s never rested on the fortune he inherited.”

But Stranahan—whose name graces the bottle of a super-premium whiskey—denies he’s a businessman.

Sure, he founded Flying Dog, a business that has become the Rocky Mountain region’s No. 2 craft brewer.

Yet Stranahan didn’t get into beer to make money. He loves beer. And he uses Flying Dog’s edgy labels to spread a message his deceased neighbor and pal Hunter S. Thompson preached: “Challenge authority!”

And, yes, Stranahan founded the popular Woody Creek Tavern in 1980. But as Stranahan puts it, he started the tavern to give locals a place to socialize – and he later repurchased it because the new owner was dying and needed money for cancer treatment.

“I’ve ended up doing a lot of businesses. But it was sort of incidental to some sort of social or political purpose,” said Stranahan, a physicist by training.

He doesn’t want to lose money. But his mantra would make capitalism’s guru, Adam Smith, wince:

“Do good. If you make money, God bless! That’s more fun even.”

Stranahan, to be sure, has invested in losers.

In 1959, he proposed what has become the world-renowned Aspen Center for Physics. The high-powered schmoozefest draws about 500 top physicists who talk—what else?—physics each summer.

And he published the Mountain Gazette in the 1970s. The magazine, recently revived with his aid, printed such writers as Edward Abbey and Wendall Berry.

Stranahan was born in Toledo, Ohio, in 1931. His grandfather, Frank Stranahan, co-founded Champion Spark Plug in 1903. One of six kids, young George was a loner. His father was busy at the spark plug business. His mother often attended charitable functions and did volunteer work.

The adults puttering about the Stranahan home in a Toledo suburb were the gardener, the cook and the nurse. Stranahan disliked being called “Master George.”

“I copped an attitude about privilege,” Stranahan said.

Saying no to privilege

School reinforced that. He was sent to an elite Eastern prep school, the Hotchkiss School. Founded in 1891, the 810-acre campus in rural western Connecticut today boasts a golf course, two lakes and a forest.

As a youngster, Stranahan loved the mountains and science. Sitting in his bedroom, he’d thumb through books with photos of the Himalayas and the Alps.

He also read about astronomy and chemistry. By age 12, he wanted to be a scientist. It would suit him: a lone person cooped up inside a lab doing research.

With his science interest, Stranahan opted against a career in spark plugs. After Hotchkiss, he was accepted at the California Institute of Technology.

But he was a perennial under performer, never one to sit behind a desk for long. Instead, he played bridge and hiked in the San Gabriel Mountains outside Pasadena.

He discovered Colorado in the summer of 1956.

After a two-year Army stint and before starting work on a Ph.D in physics, Stranahan told his first wife he needed to spend time alone in Aspen.

The couple had two kids. Stranahan wanted to fish, hike, breathe fresh air. He spent two weeks in Aspen, then a hamlet.

“This is heaven,” he concluded.

Why not a physics institute

Aspen became a ritual after graduate work began. Stranahan pitched the idea of spending summers there, kids and all, to his wife. He’d work on his thesis. The family rented a home for $400 that first summer.

Life was good. Stranahan was fishing, hiking and photographing. But there was a problem: “I’m not doing any physics while I’m out in Aspen.”

Then a light bulb went on: create a physics institute in Aspen. He could study physics in his adopted town.

In 1959, Stranahan proposed his idea to Bob Craig, the executive director of the Aspen Institute for Humanistic Studies. It would be a laid-back place where big minds could picnic, hike and talk ideas. Collaboration among strangers would be nurtured. Ideas launched.

The Aspen Center for Physics opened in 1962. Nobel laureates have worked there. Seminal papers have been published.

Rex Skodje, a professor in the University of Colorado chemistry and biochemistry department, said a session some 15 years ago was “stimulating” and “almost like a bull session – people brainstorming about things.”

Stranahan’s involvement in the Woody Creek Tavern dates to 1980. The family that owned the building that housed the general store, post office and gas station in Aspen’s Woody Creek area had sold the property to a group of investors. It had been a place where Woody Creek’s few residents could meet and chat.

Stranahan and his current wife, Patty, wanted to keep it that way. But the investors didn’t have a plan for how to run the operation profitably, Stranahan said.

So he offered to pay them rent of $800 a month to end their financial bleeding. They accepted. Stranahan, his wife and another couple hatched a business.

“We’ll put a tavern in there,” he recalled of their plan. “It was more about a community-building thing.”

The cubicle that was the post office became a kitchen. At the stove, Stranahan cooked “specials” of sourdough bread and roast turkey. He also acted as bartender.

The tavern struggled but eventually turned profitable. It was a hit among ordinary folks and celebrities alike, including gonzo journalist Hunter Thompson.

Stranahan sold out in 1982. But the next owner later asked Stranahan if he would buy the tavern back so the man could pay for special cancer treatment.

Stranahan obliged, paying $250,000. In the late 1980s, he and his wife arranged to transfer the tavern’s ownership to the couple who’d been managing the eatery. In June, the tavern was sold again for $2 million.

From ranch to brewpub

He had determined his Flying Dog Ranch cattle business was not a good bet – despite the prize bull.

“I realized you couldn’t make money just being a cattleman at 8,000 feet in the Rocky Mountains,” he said.

Stranahan reckons he lost more than $1 million during the 18 years he operated the ranch.

At the same time, he owned a Central American restaurant in Aspen. But Stranahan and the chef ultimately parted ways over finances, he said. Left with a restaurant and no chef, Stranahan pondered a brewpub.

Stranahan and partner Richard McIntyre opened the Flying Dog Brewpub in Aspen in 1991. The name came from a 1983 trip to Pakistan. In a Rawalpindi hotel, Stranahan saw a painting. The Pakistani artist evidently had based the work on a misinterpretation of the English word for hunting dog, or “bird dog.”

To Stranahan, the creature looked like a flying dog.

Despite success, the brewpub hit a bump. The building’s landlord died. The new owner jacked up the rent. “You can’t run a brewpub on Aspen rents,” Stranahan said.

But he stayed in beer, opening a Denver bottling plant with Hickenlooper’s Wynkoop Brewing Co.

“Why don’t we share?” is how Hickenlooper recalled the launch of the new Broadway Brewing with Stranahan’s Flying Dog.

The duo paid $862,500 for the old Silver State Cleaners & Laundry. Stranahan bought Hickenlooper’s interest in Broadway Brewing at the turn of this century.

Flying Dog peddles its beer in 46 states. It has posted double-digit revenue growth since its opening in 1994.

Steadman began work with the Road Dog label in 1995. On it, he scrawled the words “Good Beer, No Sh–.”

Colorado’s top liquor cop banned it and ordered a halt to production, calling it “obscene or propane.” A six-year court fight ensued.

“We are actually trying to spread a political message: Challenge authority,” Stranahan said of the labels.

During the 1980s, he said, investors pitched the idea of getting into the package-tour business to him. They would transform a travel agency into a booking agent for package tours around the globe.

It lost more than $1 million, and ranks among Stranahan’s biggest business blunders.

“That was the worst and dumbest. I really knew jack sh– about it,” Stranahan said of the travel business.

Among Stranahan’s more recent ventures is super-premium whiskey. He invested in that business after his barn burned down in 1999. One of the volunteer firefighters who responded to the blaze was Jess Graber.

Afterward, the two talked and found they had a mutual interest in the alcoholic beverage business.

“The idea was hatched from there,” said Graber, majority owner and manager of Stranahan’s Colorado Whiskey.

The Denver distillery first released its barrel-aged whiskey in April 2006. It retails for $54.95.

Since it began distilling in 2004, the distillery has doubled output, to six barrels a week.

Today, Stranahan is winding down. He’s not investing in new ventures. His most recent is Flying Dog Arts, a gallery here that sells his photos and works by others, including noted lithographer Russell Chatham.

He’s parceled out his ownership of the brewery to his six kids, keeping a 9 percent stake. He’s essentially donating the building that houses Woody Creek’s general store so it can become a community center. Stranahan – who once owned 1,500 acres of Aspen property – has shed the land he doesn’t live on. And he plans to split his stake in the whiskey business with his kids.

“My goal is a really simple estate to administer,” Stranahan said.

But retirement? Not in the cards.

“I don’t know what it means,” Stranahan said. “I mean, does it mean bass fishing on a lake?