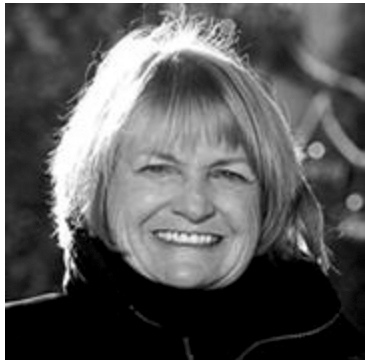 Helen Kalin Klanderud, with four young children in tow and a degree in social work, moved to Aspen in 1971, having landed a job as director of the new Touchstone Mental Health Clinic. She held that position for five years, at the same time serving as social worker in the Aspen public schools from 1971 to 1973.

After leaving Touchstone, she was in private practice for twelve years, active in the schools and in her church. But a passion for politics led to a run for Pitkin County Commissioner in 1981 and, as the first woman elected to that board, Helen served two terms from 1981 to 1987. She had an unsuccessful run for the Colorado State Senate in 1986, losing by a narrow margin.

Following her terms as a Commissioner, she enrolled in law school. Upon her return to Aspen, she ran for Mayor, losing to Rachel Richards in 1999. But in 2001 a rematch put her in the Mayor’s seat for the first of three terms, leaving the office for good in 2007 due to term limits.

A few days later, to properly celebrate the end of that era and the beginning of a new one, she threw herself a 70th birthday bash for several hundred friends as the first customer of the brand new Doerr-Hosier Center at Aspen Meadows. She claimed she and the Golden Gate Bridge were virtual twins, having been born in the same year. Known widely as The Lady in Black, she surprised the crowd that day by wearing an all-white outfit to usher in the new era.

Helen had a lively sense of humor and continued to dedicate herself to social service and civic activities. She was a passionate member of the board of the Aspen Chamber Resort Association as the representative of the professional sector. She became chair of its Public Affairs Committee, leading the organization’s oversight of relevant political issues. She also served on a number of other boards of local nonprofits, including Aspen Homeless Shelter, Aspen Writers Foundation (serving as president of the board at the time of her death), Aspen Santa Fe Ballet, and as a community member of the Jazz Aspen-Snowmass board. She also spent many volunteer hours with the Thrift Shop of Aspen and St. Patrick Day dinners at St. Mary’s Catholic Church.

She was a member of both the Elks Club Lodge #224 and the Fraternal Order of Eagles #184. Helen passed away at the age of 76 from complications following a stroke.