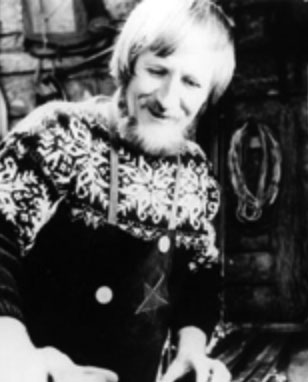 It seems as though Jim Ward has always been one of those guys who has a hard time standing still.

From his earliest days in Aspen, back in 1964, until his current (2007) semi-retirement at the age of 72, Ward has been a skier, a hiker, a river rat and a desert walker. Arriving with a work ethic derived in part from his time as a Boy Scout, Ward worked with Dave Farney’s Aschcroft Mountaineering School, teaching kids about the backcountry; was an early member of Mountain Rescue Aspen; and once was director of the 10th Mountain Hut Association. When he’s not lending a hand to a friend, or climbing around on his own roof doing repairs, he’s often making plans for one backcountry excursion or another, or returning from one.

Ward grew up in Minnesota where he first learned to alpine ski, but it wasn’t until he got to Colorado that he took up cross-country skiing with a vengeance. His first trip, in 1968, was from Aspen to Crested Butte on wooden skis, and he’s been at it ever since.

During the 1970s, he was partners with Chuck Fothergill in an outdoor-equipment shop, where Fothergill was in charge of fishing gear and Ward was in charge of backcountry skiing. And while he was running the Diamond J Guest Ranch on the Fryingpan River, in the 1980s, he initiated a cross-country skiing program that dovetailed with the 10th Mountain trails development.

Ward has been a busy man, and he still is. He continues to do boat trips, and is a member of the ambassador program on the local ski slopes. And, of course, he still goes on as many backcountry hut trips as he can manage. These days he’s very involved with the Colorado Mountain Club, as well planning for future hiking, boating and skiing or snowshoe trips.