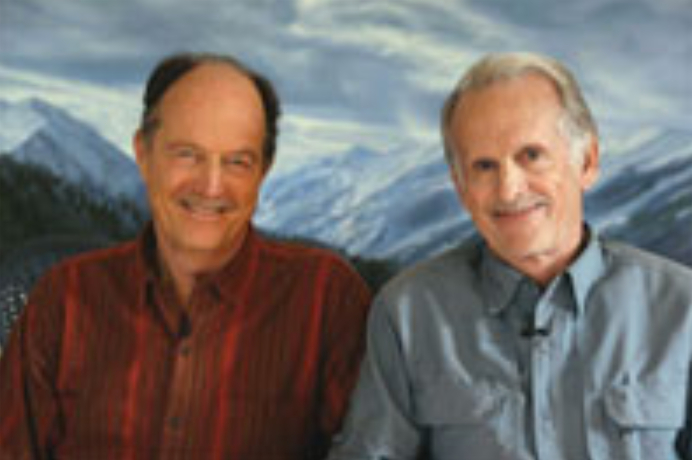 Joe Edwards, Jr was raised in Texas, attended Bellaire High School in Bellaire, Texas, and the University of Housing studying engineering and law with a BS in 1965 and a law degree in 1966. Joe has 4 children—3 girls and a boy. Edwards likes motorcycles, hot roads, sports cars and motorcycle racing and appreciates the slower pace of life living on a sailboat from 1989 to 1992 with his wife, Linda, and two daughters.

Edwards started his employment in Texas at the Brown Oil Tools in Houston where he worked during college. In the spring of 1967 he worked at the Aspen Highlands Ski Area and then for the Snowmass Corporation as assistant to the development director, Chuck Vidal. In 1968, Joe began his legal career in Colorado working with attorneys Frank Johnson, Dwight Shellman Jr., Joe Krabacher, Tom Hill, Herb Klein, Lance Cote, and his son, Jody Edwards.

In 1967, Edwards filed a civil rights case against city of Aspen officials for harassing hippies, commonly referred to as the “hippy trials”. An outgrowth of this was the formation of Citizens for Community Action, a forum for community consensus which defined the image and character of Aspen and the upper Roaring Fork Valley Elements of the CCA included creating a city/county planning office, adopting a master land use plan, establishing public transportation and supporting citizen participation in long term community planning processes. In 1968, Edwards ran for Mayor, narrowly losing to Eve Homeyer. Edwards filed a petition to establish the Aspen pedestrian malls. Edwards also petitioned to stop Aspen and Pitkin County from supporting the 1976 Olympics.

Edwards was elected Pitkin County Commissioner in 1972 along with Dwight Shellman and later served with Michael Kinsley. During his tenure as Pitkin County Commissioner, Edwards led the development of a county-wide trails and bicycle master plan, the results of which are evident today. Edwards was the leading advocate for protection of open space including gaining support from the U. S. government to establish Hunter Creek Valley as a wilderness area. Edwards led the campaign for the acquisition of North Star Ranch, gaining federal grant money to finance this transaction.

While a Pitkin County Commissioner, Edwards supported the county-wide growth management plan, one of the first of its kind in the nation, which controlled the pace and location of development throughout the county.  Edwards supported downzoning legislation, the 1041 hazard are legislation, a county-wide sign code prohibiting the placement of billboard signs adjacent to highways and roads.

Michael Kinsley wandered into Aspen in 1970, after graduating from the University of Houston with a bachelor’s degree in political science, having skied only once. Though he never decided to stay—he worked as a prep cook, a lodge-room cleaner for the Willie family, a dishwasher at Toro’s, and a biological researcher with Bob Lewis, and laundromat manager in Snowmass mall—he never left but he did learn to ski.

In ’71, Kinsley started as the director of the local Environmental Task Force —among other issues, helping oppose ski areas at Haystack and Marble, and water diversion from Hunter Creek. Part of the group of people seeking new local leadership, he worked on county commissioner campaigns of Joe Edwards and Dwight Shellman, and the mayoral campaign of Stacey Standley.

In ’74, upstart Kinsley ran for county commissioner and lost to Max Marolt. After Max’s heart attack, Michael was appointed in his place and joined the board with Joe and Dwight, where ensued a bit of controversy for several years. Among many issues, Michael’s primary focus was the creation of the housing authority.

In ’83, Kinsley started with Rocky Mountain Institute, where he continues to work part time and where he spent nearly 20 years helping local communities in 40 states and four other countries move toward more sustainable economic development.

In his many years at RMI, Kinsley designed and conducted scores of workshops for communities, campuses, and corporations on a wide range of topics, some quite technical and complex. He worked with scores of rural communities, in the course of which he developed, tested, refined, taught, lectured about, and wrote a book about a collaborative problem-solving process he developed.

In ’86, Kinsley worked with Aspen Police Chief Rianosek to create a free local mediation service and he learned to mediate.

In 2007, he shifted his RMI work to reducing energy use on college campuses — writing another book, Accelerating Campus Climate Initiatives, and playing a small role in the development of “Factor Ten Engineering,” RMI’s effort to bring integrative design into engineering practice.