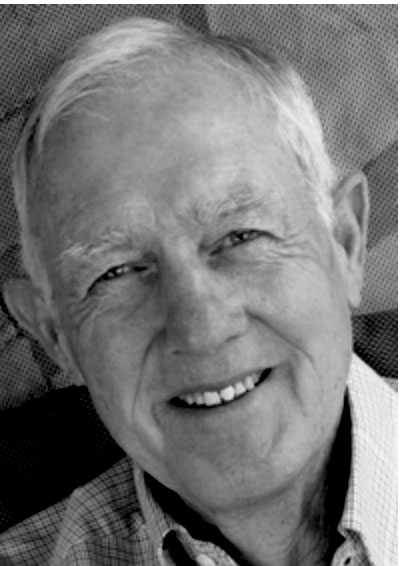 A native of Albuquerque, N.M., John first heard of Aspen as result of publicity about the FIS ski races. He first skied here in 1955. Following graduation from the University of New Mexico with a degree in Architectural Engineering, he served with the U.S. Navy (Seabees) from 1959 to 1962.

Shortly after their arrival in town, John and Linda became active in church, community and school activities. He helped coach middle school football, and served on superintendent and principal selection committees. A member of the Aspen Ski Club, John was elected president of the board in 1981, serving until 1984. Also in 1981, he joined the Rotary Club, where through the years he served as president, head duck of the Ducky Derby fundraiser and co-chaired the World Community Service Committee, benefitting families in Mexico, Central and South America and Africa.  He received the Tom Sardy Award for outstanding leadership and service in 1999.

When Aspen began hosting America’s Downhill, John, along with many friends, volunteered. After two years boot packing and slipping the course, he was asked to be chief starter, which he did for almost 20 years.

In the late ’70s, in conjunction with the Jerry Lewis Muscular Dystrophy Telethon, John and Linda, with the assistance of friends, organized a local telethon to raise funds to combat the disease that took the life of their oldest son John.

Never one to shy away from new challenges, John took up running at the age of 68, and has completed five marathons, three of which raised funds for Challenge Aspen.

John remains active with volunteer commitments.  His most important one at present is to his three grandchildren, Patrick, Finn and Kate.