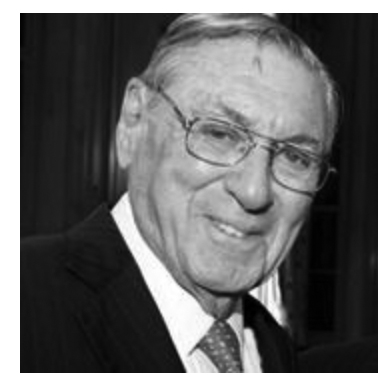 Born and raised in Chicago, Lester Crown received a BS in chemical engineering from Northwestern University and a MBA from Harvard Business School. He is Chairman of Henry Crown and Company, a family-owned and -operated company, which includes diversified manufacturing operations and real estate, including the Aspen Skiing Company (“ASC”).

In 1985, through the family’s long friendship with the Klutznick family, Lester was approached by Tom Klutznick to join him, Marvin Davis, and Mickey Miller in the purchase of the Aspen Skiing Company. After telling Tom that he doubted he would be interested because he knew nothing about the ski industry, he overcame his skepticism when an old friend with extensive industry knowledge, Bob Maynard, convinced him that it was a good business investment. The Crowns agreed to join Tom’s groups as a 50% owner, provided that it did not include involvement in management. The Crowns became sole owners in 1993, the same year that the ASC purchased Aspen Highlands in a joint partnership with developer Gerald Hines.

Over the years, ASC has greatly expanded its terrain and upgraded its infrastructure. In the late 80’s, ASC began diversifying its holdings and is now the owner of The Little Nell and the Limelight Hotel in Aspen (and soon to be Snowmass Village), and operates a number of restaurants and retail stores. In 2008, in support of its guiding principle of environmental sustainability, ASC invested $1 million in Western Colorado’s largest solar array, powering a science building at Colorado Rocky Mountain School and sending excess energy into Carbondale’s grid.

The Crowns had always looked upon Aspen as a unique, year-round town that combined skiing with world-class cultural institutions. The Aspen Institute was among the primary and most important organizations to them.

In 1987, The Aspen Institute sold its Meadows property to a private group and planned to move to Crestone, Colorado where it has already acquired land. Savannah Limited Partnership, owned by Muhammed Hadid, later purchased the Meadows land out of foreclosure. The Savannah Partnership also planned to develop the Ritz Carlton Hotel on land also acquired in the same foreclosure, but was experiencing difficulties in getting approval for the hotel.

A multi-faceted deal was struck between the City and The Aspen Institute. The then-Institute president David McLaughlin, Lester Crown and other Institute supporters worked with the City and John Sarpa, an associate of Hadid, to create the Aspen Meadows Consortium. This group negotiated with the City toward a positive outcome for the Meadows campus, for the surrounding property and for the hotel for Hadid. Lester actively worked with McLaughlin, Bob Maynard, and representatives of the Music Associates and Physics Institute in the negotiations with Savannah.

The successful conclusion was that the City re-zoned the Aspen Meadows to allow for new buildings for the Institute and a limited residential development for Savannah. As part of the Meadows deal, Savannah agreed to donate the Meadows property back to The Aspen Institute. Without the agreement reached by the Consortium, the Institute would likely have left Aspen. Lester played a key role in making that agreement happen and keeping The Aspen Institute in Aspen.

Concurrently, David McLaughlin, Joan Harris and Lester Crown formed and led a “Meadows Campaign” to raise $32 million dollars for the Music Festival and The Aspen Institute. The successful campaign raised money for deferred maintenance and needed capital projects on both campuses.

Lester had a dream to establish an enlightened leadership program and believed The Aspen Institute was the perfect organization for it. Thus, the Henry Crown Fellowship Program was born in 1997, named for his father.  The Henry Crown Fellowship Program seeks to develop the next generation of community-spirited leaders, providing them with the tools necessary to meet the challenges of business and civic leadership in the 21st century. This program was so successful that it laid the foundation for the Aspen Global Leadership Network. The AGLN is now a worldwide community of young leaders from business, government, and nonprofits with more than 2,400 “Fellows” from over 50 countries.

Lester is a Life Trustee of The Aspen Institute and member of the Board of Overseers of the Henry Crown Fellowship Program.