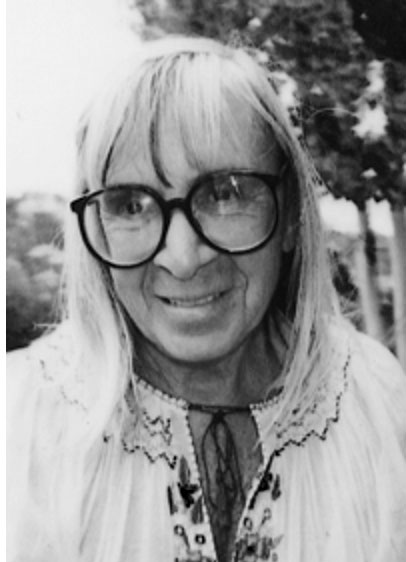 The inimitable, ubiquitous and always charming Mary Eshbaugh Hayes came to Aspen in 1952, a wide-eyed girl from the East coast, with a pocketful of dreams and the talent to make them come true. With her direct manner, she rapped on the door of a closed Aspen Times office, seeking employment. Can you imagine the excitement, the exhilaration and the hesitation as she emerged an hour later, the newly hired reporter and photographer for the staid publication. Bound for a new life, she was, in a town that got little respect back East or even in Colorado, for that matter.

In case you don’t know (impossible not to, unless you just arrived here for the first time), she writes the ever-popular “Around Aspen” column every Sunday in the Aspen Times Weekly and is the author of two incredibly popular books, Aspen Potpourri and The Story of Aspen.

From a very young age Mary was motivated to become a writer and, having been told that a writing career would come through journalism, she took on her new Aspen job with the dedication of one who truly knows her own heart. In a career spanning more than fifty years at the Aspen Times, she’s filled most of the positions at one time or another—photographer, reporter, columnist, feature writer, and editor. For many years her biographical features of local personalities were as much of a must-read as her weekly column. To this day, she is the “go-to” person at the Times when someone is seeking historical information.

Over the years Mary’s writing has won recognition from the Colorado Press Association, Colorado Press Women and National Press Women. Additionally, she is listed in Who’s Who in America, Who’s Who in the West, and Who’s Who of American Women. And, of course, she has won numerous awards for her unique photography. The Aspen Historical Society has honored her for being an “Aspen historical landmark,” the first person so honored.

All of her endeavors, intended or not, seem to speak to the history of Aspen over the past fifty-some years. Her writings and photography have captured the heart of Aspen as seen through the eyes of those pioneers, flamboyant locals and other interesting characters as only Mary Hayes could show them.

It has been a busy and vital career, but along with all of that, she has raised five children and is married to famed Aspen silversmith, Jim Hayes.