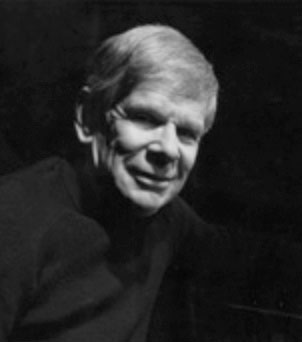 Frank Mead Metcalf was born April 18, 1932, in St. Louis. The son of “tone-deaf parents” whose father was an electrical engineer, young Mead was playing the piano by ear at age four. He graduated from Dartmouth College in Hanover, New Hampshire, in 1954 after serving as the president of the glee club there. He was a clerk/typist in the army when he was transferred to Germany in 1955. A casual invitation to do a show for the local special services ladies in Frankfurt was noticed by his superiors and, instead of clerking, he was soon sent to Berchtesgaden where he spent nearly two years entertaining enlisted men at the General Walker Hotel. After his discharge from the Army he decided to return to the States to pursue a romantic interest in New Orleans. While the romance didn’t work out, an earlier visit to Aspen had intrigued him and by 1957 he was in Aspen skiing every day and playing piano at the Hotel Jerome.

After one season at the Jerome, Metcalf decided to start his own restaurant a few blocks away, and on July 1, 1957, opened The Crystal Palace (named after an establishment in St. Louis) in what is now the Mother Lode Building. The earliest performances consisted of Mead playing piano, singing Broadway tunes and chatting with the audience. Soon Joan Higbie, Freddie Fisher’s stepdaughter, answered an ad to be the Palace’s dishwasher for $50 a week. Before long she was joining Mead (after washing the dishes!) for duets at the piano and, in 1962, became his wife. Realizing he could create a bigger and better revue by having his staff double as performers, he began training the ski bums who came to work for him as singers and the model for all future Crystal Palace shows was set.

He soon bought a nearby corner lot on Hyman and Monarch which included a run-down building that he refurbished, rebuilding the second floor, and filling the space with the stained-glass windows, chandeliers and bed-post balcony railings that became hallmarks of the popular establishment. In the new location the restaurant gained a local and national reputation as a first-rate cabaret dinner theater experience and was selling out two shows a night. After Metcalf visited the popular New York City nightclub Upstairs at the Downstairs in the early ’70s, the tone of the shows underwent a transformation from Broadway show tunes to a satirical revue of local, national and international flavor. In 1979 the popularity of the shows prompted Metcalf to buy the building next door where he opened a second dinner theater, called The Grand Finale, in the ’80’s.

Mead Metcalf is not only Aspen’s preeminent patron and benefactor of live musical revues, he is also known for his antique car collection and for his business acumen in the Aspen real estate market. He has served as president of the Aspen Chamber, a member of the board of the Music Associates of Aspen, and has for years contributed his talents in support of Wintersköl and hosted an annual benefit for the Aspen Camp School for the Deaf. His personal life took another turn when Mead married former Palace performer Diane Kelly Laughlin in 2005. In April 2008, after 51 years in business (in a town where three years in the restaurant business is considered a success), The Crystal Palace closed its doors for the last time. Mead recently bought a house on a golf course in Crested Butte, Colorado, which will be his primary residence.