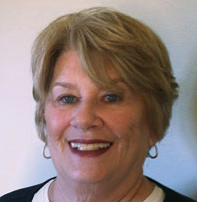 Pat Finley Fallin, a native of Oklahoma, first saw Aspen in 1970 as she, her husband and son Brooks arrived to begin a new chapter in their lives. Four years later, daughter Ashley joined the family.

Pat grew up in rural northeastern Oklahoma at the base of the Ozark Mountains. She attended The Hockaday School in Dallas, Texas, and college at the University of Oklahoma. She married Dick Fallin in Tulsa and they moved to Chicago.

After four years in Chicago, they moved to Aspen where Dick worked for Sam Caudill and later Fritz Benedict before opening his own office. Pat worked for the Aspen Ski Corp for 10 years, then left to work in Dick’s office, later opening her own card and stationery store – Just Paper.

Pat was active in the community soon after arriving. She joined the League of Women Voters where she met other community activists that led her to other community organizations, projects and causes. She was elected Pitkin County Democratic Party Chair where she became involved with Colorado politics and campaigns.

She was appointed to the Colorado Commission on Women by Gov. Dick Lamm. As her children grew and entered the school system, she became involved in their schools and activities, first serving on the board of the Aspen Community School and then of the Aspen School District where she served on the Accountability, Program Planning and District Evaluation Committees. She was appointed to the Aspen Planning and Zoning Commission where she served for four years before leaving to campaign for the Aspen City Council. As a member of the Aspen City Council she served as the Mayor Pro Tem.

As a Council member she was the representative to the Aspen Snowmass Council for the Arts, Northwest Council of Governments and the Colorado Municipal League. During this time, Aspen began the Sister Cities Program, which Pat embraced. After leaving the Council, she became affiliated with the Aspen Sister Cities committee, and from there was elected to the Board of Directors of the Sister Cities International, in which she is still very active.

She became interested in the Arts in Aspen while serving as the City Council representative to the Aspen Snowmass Council for the Arts and served on the Board of Directors of the Aspen Art Museum. At Aspen Theatre in the Park (now Theatre Aspen), she served as president and was instrumental in establishing a permanent home for the ATIP in the Rio Grande Park with a new tent.

She was a member of the Board of Directors of the Aspen Snowmass Council for the Arts, serving as president, and guided the organization through the name change to the Red Brick Council for the Arts and the addition of the new Conference Room and additional gallery space to the west side of the building. The list of organizations that Pat has served goes on, including the Wheeler Opera House Advisory Board, Wheeler Associates, Colorado Mountain College–Aspen Advisory Board, City of Aspen Open Space Committee, Aspen Civic Master Plan Advisory Group, and many other City of Aspen advisory groups and ad hoc committees. Pat then moved to Basalt and, not one to stay still, she dove head first into the Basalt community.

She was appointed to the Basalt Regional Library District Board of Directors and was elected vice president and later president. During her tenure, she helped to pass the bond election for the new 20,000-square-foot library by a large majority. She was involved in the design and building of the new library, a project for which she is very proud. While living in Basalt, she also served on the Basalt Open Space and Trails Committee.

After 41 years in Aspen, Pat made another change in her life and moved to California to be near her children and her grandchildren, Laker and Fallin Brady. Of course, she immediately found new organizations and once again is active in volunteer commitments.