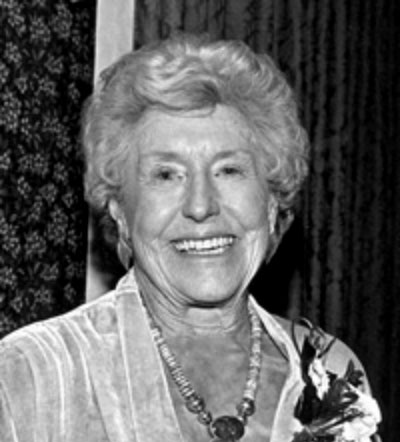 Ruth was born Nov 11, 1921 the daughter of A.E. and Ruth Boettcher Humphreys of Denver. Ruth grew up in Denver where she attended Kent School and later Miss Porter’s School in Connecticut and Finch College in New York City. In 1943 she was accepted into the Women’s Air Force Service Pilots program and received, along with the other WASPs, the Congressional Gold Medal for service during World War II. After the war, she returned to Aspen where she had a small shop and lived until her marriage to DRC Brown, a founder and president of the Aspen Ski Corporation.

They lived on the ranch in Carbondale, Colorado for over 30 years during which time she helped start the Tri County Medical Center, the Brown Ice Palace, the Aspen Recovery Unit, the Bold Ski program for bind skiers, and the first Outward Bound Program in the U.S. In appreciation of her efforts to find and help fund an alternative way down the mountain, Ruthie’s Run on Aspen Mountain was named after her.

In 1959 Ruth established the Ruth H. Brown Foundation which has given grants to many nonprofit organizations in Colorado and the U.S. Ruth served on numerous boards in Colorado and was a lifetime trustee of the Colorado Outward Bound School and was a participant on the first women’s adult course. She was honored at several dinners for her contributions to that organization.