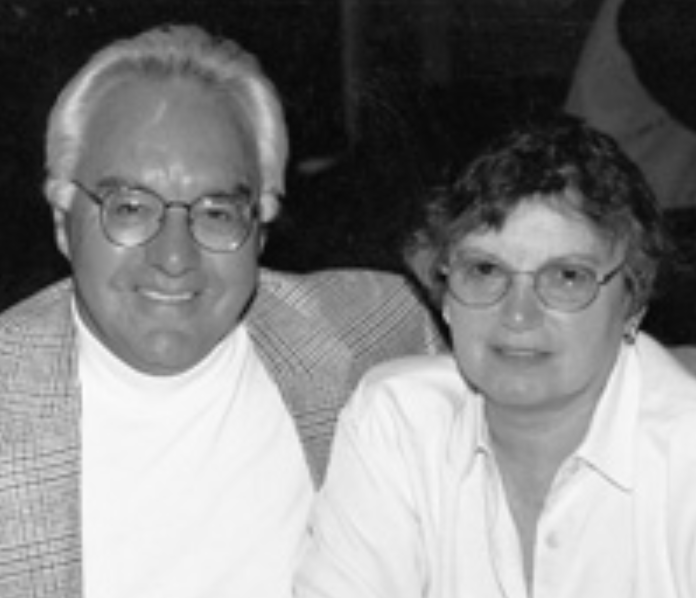 It would be hard to think about Aspen without also thinking about David E. and Sigrid Stapleton, so seamlessly have they woven their presence into the fabric of what Aspen has been and is over the years.

Both come from pioneer families, but from wildly divergent backgrounds. The year 1880 was when David’s great-grandfather Timothy came to Aspen from Leadville, and with a splash at that. He sired the first baby boy born in Aspen and homesteaded the ranch now home to Sardy Field. Sigrid came to town a little later, in 1952, the daughter of famed mountaineer Fred Braun, who is the namesake of the Alfred A. Braun Hut System. David spent part of his youth working on local Stapleton ranches and riding rodeo bareback broncs while Sigrid spent many summer days as a young woman helping her father build high mountain cabins.

David was a junior racer with the Aspen Ski Club from 1945 to 1957. Those were the early years of local racing success, and in 1950–51 Stapleton, Max Marolt, Ted Armstrong, Tony Deane and John Thorpe—all native sons, qualified for the Junior National Championships, eventually held in Stowe, Vermont, after being rained out of Massachusetts.

These folks could tell some tales of the earlier days in Aspen. Ten kids in Sigrid’s graduating class, eleven in David’s. Both families were leaders in community volunteering and it seemed just natural that David’s and Sigrid’s paths would eventually converge as one.

Sigrid played the organ at the Catholic Church for more than 40 years, was part of the hospital Blue Ladies for over 23 years, and is a past president of the Colorado State Hospital Volunteers of Colorado. She also volunteered as a Pitkin County librarian for many years, starting when the library was in the Wheeler Opera House, in the corner now occupied by Bentley’s. As a teenager, she was Judge William Shaw’s personal chauffeur, driving him to his mining claims up Independence Pass. She served on the first board of Roaring Fork Hospice.

David was named the first World Cup ski race official from Aspen, and served as Chief of Race, Chief of Course, Race Chairman, TV Coordinator, Starter, Timer, Finish and Start Referee on every race—either regional F.I.S., Can-Am, Nor-Am, or World Cup—from 1968 until 1991. He served on Aspen City Council for two terms, chaired the Red Cross, is a past president of the Rocky Mountain Division of the United States Ski Association (USSA), is a past national vice-president of USSA, and was a member of Mountain Rescue and the Aspen Valley Hospital board. The list goes on for David and for Sigrid. This is but a cursory look at their credentials.

In the tradition of Aspen families, David and Sigrid picked up the reins where and whenever things needed to be done, and got a lot accomplished. In the meantime, they raised five children and helped keep the family-owned insurance business going. It takes a lot of people to make Aspen the great community it is, but one cannot think about Aspen without acknowledging David and Sigrid Stapleton, both of whom have spent a lifetime displaying and living the indomitable spirit that makes Aspen a place to be proud of.