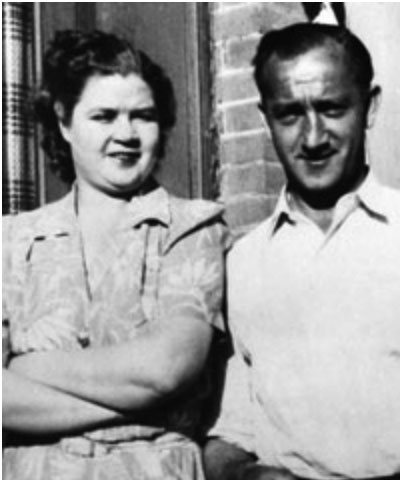 During the “Quiet Years” when 10th Mountain Division soldiers came to Aspen from Camp Hale on maneuvers, Laurence Elisha, proprietor of the Hotel Jerome, would play host to them by offering showers and beds for the night.

He would put 2 bottles of Segram’s Seven Crown on the bar and say “Help yourselves.”

Laurence was a mountaineer too. He knew what the guys had achieved in skiing over from Pando. He appreciated their enthusiasm for skiing in general and for his mountains in particular. He enjoyed being around their vitality and their innocence. And he knew that sooner or later they would surely be asked to put themselves in harm’s way.

Elisha had a standing deal with the ski troops: A dollar a day got you a bed at the Jerome and a steak dinner. Scores of soldiers took him up on the offer whenever they could wrangle a weekend pass from Hale.

During the day on maneuvers, they’d stop for lunch—sandwiches provided by Mrs. Elisha, Laurences’s wife, Svea—
somewhere where they could see the naked, timberline cirques of the Elk Range—Highland, Castle, Mount Hayden—the ones that had so charmed André Roch.

An Aspen experience was synonymous with a stay at the Hotel Jerome in the 1930s and 1940s. Visitors dined and slept at the hotel. Laurence Elisha, owner and manager, acted as tour guide, search and rescue coordinator if you got lost, social director introducing you to the community, and as Aspen’s number one promoter.

Mansor Elisha, Laurence’s father, acquired the hotel in 1911 in a sale from owner Jerome Wheeler that included paying Wheeler’s back taxes. Mansor managed to keep the Jerome alive through tough times by running it as a family business. Mrs. Elisha (Lulu) planned daily menus and supervised the food operation. As soon as Laurence was old enough, he worked all the jobs a hotel required, everything from doorman to maintenance engineer. After his father’s death in 1935, Laurence took over the manager’s responsibilities and continued the family business, employing his mother, his wife Svea, and his two elder sons, Lowell and Don.

Laurence became legendary in a short time. His charm and wit were every visitor’s introduction to Aspen. Laurence, as one of the 20 founding members and president for the 1944-1945 season of the Roaring Fork Winter Sports Club (later to become Aspen Ski Club), poured all of his energy into making 1930s skiers love the town. Early skiers were as impressed with Aspen’s hospitality as they were with its skiing. Laurence was one of the volunteers that helped cut Roch run, the first ski trail on Aspen mountain, and he donated the motor that powered the boat tow.

The hotel catered to tourists, but it was also the social center of the community. Residents ate out at the Jerome, frequented the bar, and stopped by simply to talk with its manager. The hotel became the clearinghouse for information, whether it was about city government (Elisha was a member of the City Council), fires, avalanche rescue, other local crises or plain old gossip.

Hotel business grew as Aspen’s skiing reputation spread. Tenth Mountain Division soldiers spent as many weekends at the hotel as possible, partaking the famous Aspen Crud (a drink at the bar) and Elisha’s hospitality.

Janet Ela, one of the early Madison, Wisconsin ski club members, wrote this description of Elisha about her first visit in 1941: “When we struggled down onto the Glenwood (train) platform with our skis, Laurence was there to meet us. He was a good man for one’s first Aspenite.

You knew right off you weren’t going to a ghost town when you saw Laurence. He was hard-set, bouncy, and nimble as a prizefighter, with a slightly askew flattened nose and remarkably bright brown eyes, which managed to look both soulful and shrewd in one glance. He greeted us lustily, yet even at that first meeting, there was no forced joviality. Laurence, as we grew to know him better, was the perfect hotel man because he knew his job and liked it; he had a fine gregarious temperament, but he was never toadying to anybody in order to get extras on the bill.”

Walter Paepcke saw the Jerome as the natural starting point for his own Aspen endeavors. Known for demanding complete control of his projects, he made Elisha an offer he couldn’t refuse. Elisha did not have the capital to remodel the aging hotel and he could not compete with a new Paepcke lodge. Much to the chagrin of his friends, he turned over the hotel in 1945.

After Paepcke leased and refurbished the Jerome in 1946, he discouraged locals from frequenting the Jerome and appointed a new manager, Charles Bishop. Laurence was kept on as Assistant Manager for Maintenance for the hotel and other Aspen Company properties, and was missed by the many guests who craved a visit with Elisha as part of their Aspen vacation package. He stepped in as Manager again in 1960 (the year Peapcke died) and continued until his death in 1961. After his death, his son Don became Manager.