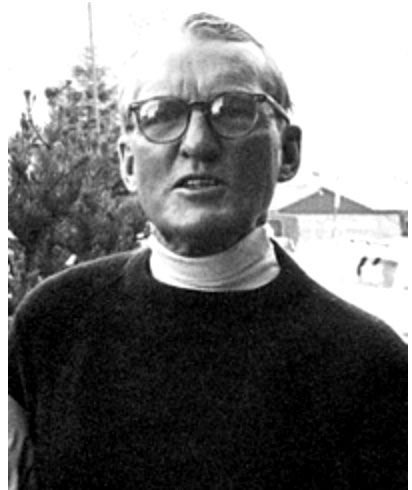 Ted Ryan coupled his love of alpine and Nordic skiing with his dreams for skiing’s future to become one of Colorado’s—and the nation’s—important Skisport Builders. Ted is best known for constructing a boat tow on Aspen Mountain, for being the major force in cutting one of the nation’s major downhill trails, “Roche Run”, and for building Aspen’s first ski lodge, the Highland-Bavarian.

In 1936, with help from T.J. Flynn and William Fiske III, the Highland-Bavarian Lodge near the confluence of Castle and Conundrum Creeks. Ryan, Flynn, and Fiske also proposed Colorado’s first major ski area on the nearby slopes of Hayden Peak. Their dream included an aerial tramway covering 3.2 miles of the slope with a vertical rise of 4,000 feet. Ted had successfully lobbied the Colorado Legislature to issue $650,000 in bonds for this valley-to-peak tramway. Unfortunately, World War II ended that dream. In 1942, Ted played host to encampments of 10th Mountain Division ski troops at his Ashcroft property. A number of soldiers returned after World War II to lead Aspen’s emergence as a world-class resort.

In 1971, Ted opened Ashcroft Ober Aspen, the first privately run, commercial, cross country ski center in the country; complete with groomed trails, a rental and repair shop, restaurant and picnic areas. The center served as a model for similar ventures across the country and continues its operations to this day.