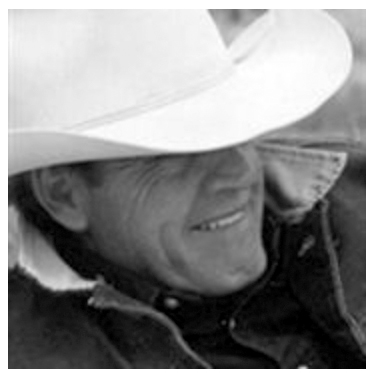 Tony Vagneur was born into the Vagneur ranching family in Woody Creek. His great-grandfather, Jeremie Vagneur arrived from Val d’Aosta, Italy, in 1882, and carved out a ranching dynasty that thus far includes five generations.

Tony grew up on the original Vagneur homestead in Woody Creek, named the Elkhorn Ranch by his grandfather, Ben. He attended all 12 grades at the Red Brick School in Aspen, graduating in 1964. He went to college to play football and ended up an English major after the gridiron lost his interest. Tony graduated with a Bachelor of Science degree in marketing and business administration from the University of Colorado.

Once back in Aspen, Tony began working for his aunt and uncle (Eileen and Vic Goodhard) at Aspen Trash Service, Inc., a relationship that would indelibly mark Tony’s business career for the next 25 years. He also did stints as a builder, a bartender, an equipment operator, a horse trainer, a ski racer, a string of Marlboro commercials and a long run at the T Lazy-7 Ranch. Tony put in seven years as an Aspen Mountain Ski Patrolman.

Tony brought Aspen Trash Service into the computer age in 1978, and later helped engineer the sale of the business to Browning-Ferris Industries, Inc. (BFI), where he went to work as a vice-president and general manager. He engineered the first curbside recycling program in Aspen, dragged Snowmass Village into the trash compactor age, helped Pitkin County get its fledgling recycling program off the ground, and won the Colorado Recycler of the Year award. Since then, Tony has either worked for or owned several trash companies in the valley.

Tony spent much of his free time helping the Vagneur Ranch Company take care of the cattle in the high country. The cow camp became his home away from home. In the late 1980s, he created his own volunteer educational position with the U. S. Forest Service, a relationship he maintains to this day.

Since 2000, Tony has spent winters on the ski hill and summers caring for herds of cows in the mountains above East Sopris Creek. He has been a regular volunteer on boards like the Roaring Fork Valley Planning Commission and the Red Butte Cemetery board. He is currently the President of the Aspen Historical Society’s board of trustees and an ambassador for the Aspen Skiing Co. His column, “Saddle Sore,” appears each Saturday in The Aspen Times, and he fills up his spare time playing the piano around town.

The Vagneur family’s ranching legacy continues to now include Tony’s daughter, Lauren, and her husband, Ty Burtard. The couple leases the family’s original homestead in Woody Creek, operating it as a hay and cattle ranch.